Madly off in all directions: Canadian cities and the prospects for a just and sustainable transition

On the final day of Congress 2022, the Environmental Studies Association welcomed Noel Keough to talk about how Canadian cities can become more just and sustainable. And it involves, Keough said, a revolutionary change in thinking.

It “will require a new operating system,” Keogh stressed, “a new philosophy of how to live in harmony with life on this planet.”

Dr. Noel Keough is Associate Professor Emeritus at the University of Calgary, a founder of CivicCamp Calgary and the Sustainable Calgary Society, and a founding member of the Advisory Board to the Canadian Index of Wellbeing. In his talk, Keough said we truly are going “madly off in all directions” — an expression borrowed from Stephen Leacock — in terms of ecological transition. “We seem to be going full steam ahead with conventional city building,” Keough explained, especially in Calgary, which just built a massive new freeway. At the same time, the city is trying to expand its LRT and bus service, and is “very slowly” trying to implement bicycle infrastructure.

Keough grew up in Calvert, Newfoundland, in a family that had lived there for five generations. He was in awe of the power of the North Atlantic, and was deeply affected by the collapse of the cod stocks in 1992, which put most of his town and province out of work. It was then that he realized that our technologies have the potential to completely overwhelm us.

He went on to study, work, and travel around the world — in La Union Agricultural Cooperative in Nicaragua during the Sandinista revolution; in Manila during the years after Marcos; in Ukraine following the collapse of the Soviet Union; and in Jordan in the late nineties and early 2000s, as the country suffered through the regional conflicts happening all around it. He also visited several places of hope: cities like Copenhagen, Amsterdam, Helsinki, and the south of Brazil, where sustainability plays a large role in city design.

Keough said, “The lifestyle we enjoy today is less sustainable than it was 33 years ago.” He used 33 years as a benchmark, since it’s been that long since James Hansen of NASA warned the U.S. Congress of the serious risks of climate change. “We seem to have done very little in the interim period,” Keough said, and we are in a more precarious situation now than ever. We continue to design cities with the automobile first in mind, creating urban landscapes where we live in one place, work in another, and shop or recreate in a third. So we get a “car habitat” rather than a “human habitat,” a problem we have had since the 1970s.

“Growth is now uneconomic,” Keough insisted. “A steady state economy that is, above all, fair and just and that allows us to live within our means economically, and more importantly, ecologically” is what we need now. Though Alberta is blessed with plenty of oil, it is also blessed with some of the best conditions in Canada for wind and solar power. But the political will is not there to harness them. Keough felt that things were not going to change until the political system represented the wishes of voters, which it does not do very well in today’s first-past-the-post and money-saturated system. Because of the system’s inequalities, poorer people, in particular, simply do not trust those who say they will make their lives better with ecological planning.

There are five elements to Keough’s “philosophy of sustainability”: a move away from war and violence; a recognition that everything is connected and that we cannot control the future; an understanding that infinite growth is unsustainable; centring justice and equity; and an end to “human exceptionalism,” or the belief that we are more important than other organisms. Solutions lie in listening to everyone, including other animals who might do things better than us.

Keough ended by discussing the Earth Charter, a document produced 30 years ago at the Rio de Janeiro environmental conference. It stressed the need to engage with the rest of the world and with the earth itself in finding solutions to the problems we face. The mission of environmental studies is not to ameliorate harmful impacts, and not to chronicle the destruction of the natural world. Rather, it is to find better ways of being that regenerate the earth we live on, celebrate it, and allow us to collaborate with rest of nature. 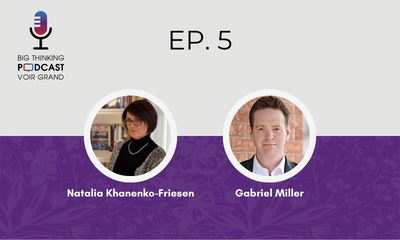 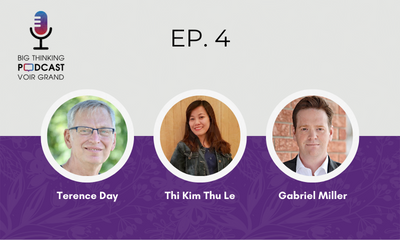 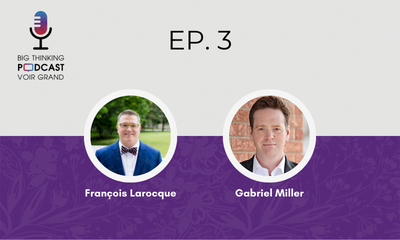