The panel began with a moment of silence for the ten people killed by a white supremacist in Buffalo on Saturday, May 14. Wendell Nii Laryea Adjetey, Assistant Professor of History and Classical Studies at McGill University, said the tragedy reminds us of the terror “African peoples endure around the world.”

“Black Studies is not about some silly goofy esoteric nonsense,” Adjetey said. “This is life and death.”

SSHRC’s Advisory Committee to Address Anti-Black Racism was formed in 2021 to address the inequities in its funding program. Featuring eleven Black scholars, three spoke at the roundtable about what their experiences had been like, and what they hoped to achieve through this Committee.

Barb Hamilton-Hinch is Associate Professor of Recreation and Leisure Studies at the School of Health and Human Performance, and the Assistant Vice-Provost for Equity and Inclusion at Dalhousie University. Hamilton-Hinch joined the committee because, she said, very few people in Canada or the US recognize and know about the history of people of African descent in Nova Scotia. This history “as historical, indigenous Blacks in this country” needs to be represented in everything we do, Hamilton-Hinch said. She was also dissatisfied with the way non-Black grant reviewers “didn’t understand language in our grants,” and that there were no Black reviewers in the process. “This is a disservice to the people applying for the grants.”

Barbara McNeil is Associate Professor for Language and Literacy at the Faculty of Education, University of Regina. McNeil said that being a Black scholar in Regina can be a “lonely” experience, and so the opportunity to join forces with other Black scholars was significant. She sought action in terms of advancing equity and justice in research funding, and in institutions and society for the wellbeing of all, especially in social sciences. “Let me be clear,” McNeil said, “what we are seeking is opportunities to advocate for and elevate Black scholars in all areas of research in Canada, to tell unique stories of Black people in Canada.”

Karine Coen-Sanchez is a PhD Candidate in Sociological and Anthropological Studies at the University of Ottawa. She says there is no support for Black students applying for SSHRC grants, and the experts — faculty like McNeil and Hamilton-Hinch — often don’t have support either. “I joined this committee because I was annoyed,” Coen-Sanchez said, “sick and tired of people who look like me and sound like me that can’t get a SSHRC application, can’t get support to complete it.”

Coen-Sanchez noted that research itself was often a colonized enterprise, which “did not take the black lens as any value.” Hamilton-Hinch said research by Black scholars was too often tied to “Black subjects” or topics, when in fact Black scholars research a world of ideas. But she also took issue with non-Black researchers who have discrepancy over funding for studying Black communities. “We need to be part of every part of that research,” Hamilton-Hinch said. “If there’s a research project about Blacks, there had better be a Black person on that grant committee. Nothing about us without us.”

McNeil said the work she did with SSHRC inspired her to get involved with the Saskatchewan Ministry of Education, where there is virtually nothing about Black lives in the K-12 curricula. She wept when she learned that this was about to change.

Coen-Sanchez said they crunched the numbers, and discovered that not a lot of Black scholars were applying to SSHRC, and they need to address the reasons behind that. “If you’re Black and doubting yourself, it’s not abnormal,” Coen-Sanchez said. “It’s part of the process.”

Hamilton-Hinch said it would be “fantastic” to have a system where those who failed to get funding were given support by other scholars. “When you fail your first, second, third grant, you just don’t apply anymore,” Hamilton-Hinch said.
When Coen-Sanchez asked about the best advice to give young Black scholars, McNeil replied with one word: “Mentorship.” She expanded it cannot be one-off, and must accompany graduate students throughout their degrees. “We need guided assistance all along the way,” McNeil said. “Even when person is successful, that guidance isn’t dropped. That person will then take over the role of mentoring the next novice who comes along.”

Hamilton-Hinch agreed mentorship was key. But, she noted, “Academia has us set up to compete, so we don’t share as easily.” She said many Black students just don’t have the support they need from their supervisors or committees.
Coen-Sanchez said, “Space needs to be created. I always use that word, space. We need to leave room for accessibility.” Coen-Sanchez ended by thanking SSHRC for creating this Advisory Committee, arguing this time, it wasn’t just an exercise in tokenism. “This was not the case here,” she said. “Actions will be taken. There will be changes in how things will be administered, and I am happy to say that.” 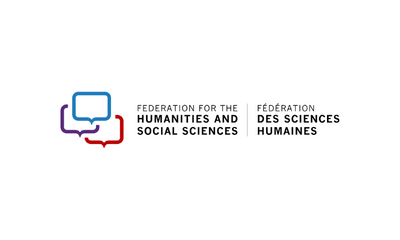 Announcing the election of three new Directors to the Federation Board

Dear members of the Federation, Thank you for attending the Federation’s 2022 virtual Annual Meeting yesterday. We hope that you found the meeting useful and informative. With yesterday’s meeting, Mike DeGagné began his second year as Chair of the...

What does social justice mean to you?

What does social justice mean to you, and how can research help advance it to forge the future you want? To mark its 25th anniversary, the Canada Foundation for Innovation hosted a panel discussion around this topic at Congress 2022.