In 2015, the Federation celebrated its 75th anniversary. On this page you will learn about the beginnings of the Federation, which started as two small research councils meant to support Canadian scholars in the humanities and social sciences and later merged to become the current Federation.

Interactive timeline: History of the Federation

Try our interactive digital timeline! Scroll through our 75-year history with left/right buttons or drag the dates under the timeline with your mouse. Hover over bubbles to see key moments in our history, and click on bubbles to view archival materials and detailed explanations. Click on archival images to enlarge or shrink.

Early in their existence, the Humanities Research Council of Canada (HRC) and the Canadian Social Science Research Council (CSSRC) were non-governmental institutions created by the academic communities in these disciplines. The councils were focused on funding research, connecting scholars, and pursuing independent large-scale studies of their own. On the timeline, you will see some examples of those research projects and programs.

As the Canadian government began establishing its own bodies to support research, first in the form of the Canada Council and then in the form of the Social Science and Humanities Research Council, the two original councils — the HRC and the CSSRC — shifted towards becoming representatives for academic associations and universities. While certain programs, such as the Aid to Scholarly Publications Program, were still core to their operations, the councils now focused more on being a voice for the Canadian humanities and social science communities, and there was some evolution in their names.

Peruse the interactive digital timeline to view highlights of our first 75 years, and visit the rest of the site to see how to engage with us now and into the future.

Chairs of the Board/Past Presidents (1997- present)

Gabriel Miller
President and CEO, Federation for the Humanities and Social Sciences 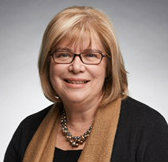