“The stories came from myself, too.” Markoosie Patsauq and the beginnings of Inuit literature in Canada 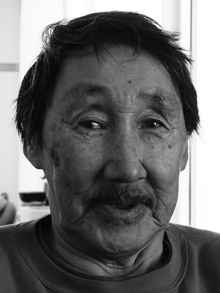 National Indigenous Languages Day offers a prime opportunity to talk about the first Indigenous novel ever published in Canada, written by an Inuk whose family was among those forcibly relocated to the High Arctic in 1953, and who helped lead the fight for redress. Markoosie Patsauq later became both a pilot and a beloved author translated around the world. He wrote—originally in Inuktitut syllabics—a story whose English adaptation remains, 50 years later, the all-time bestseller for McGill-Queen’s University Press.

Patsauq, who passed away of cancer on March 8, 2020 but whose life intersected with every important episode in the modern-day history of Inuit in Canada, may not today be a household name. However, he has been identified (by Thomas King, no less) as a foundational figure in the development of Indigenous Canadian literature, having authored ᐆᒪᔪᕐᓯᐅᑎᒃ ᐅᓈᑐᐃᓐᓇᒧᑦ, or Uumajursiutik unaatuinnamut in the late 1960s, a story originally serialized in Inuktitut Magazine. Patsauq composed it in Inuktitut, specifically in the East Coast of Hudson Bay dialect, influenced by the North Baffin dialect. His unique, rather composite language is thus comprehensible throughout Nunavik and Nunavut; syntactically, it is both spare and beautiful.

Immediately thereafter, Patsauq produced a much more widely known English adaptation, titled Harpoon of the Hunter. Released in hardcover—there was also a deluxe edition bound in sealskin—with drawings by Germaine Arnaktauyok (just last month awarded the Governor General’s Artistic Excellence Award), it was an immediate sensation. Launched on November 4, 1970 at the National Library by then Indian Affairs minister Jean Chrétien, the book was reviewed in such venues as the Times Literary Supplement, its author interviewed during intermission on Hockey Night in Canada. It was the Christmas gift of the year, earning comparisons to the work of Jack London, James Fennimore Cooper, even Emile Zola. Over the intervening five decades, that English version has made its way into encyclopedia entries, school readers, and anthologies, and been translated into German, Danish, Ukrainian, Japanese, Hindi, Estonian, etc. The story as initially told in Inuktitut has, however, been almost entirely elided. 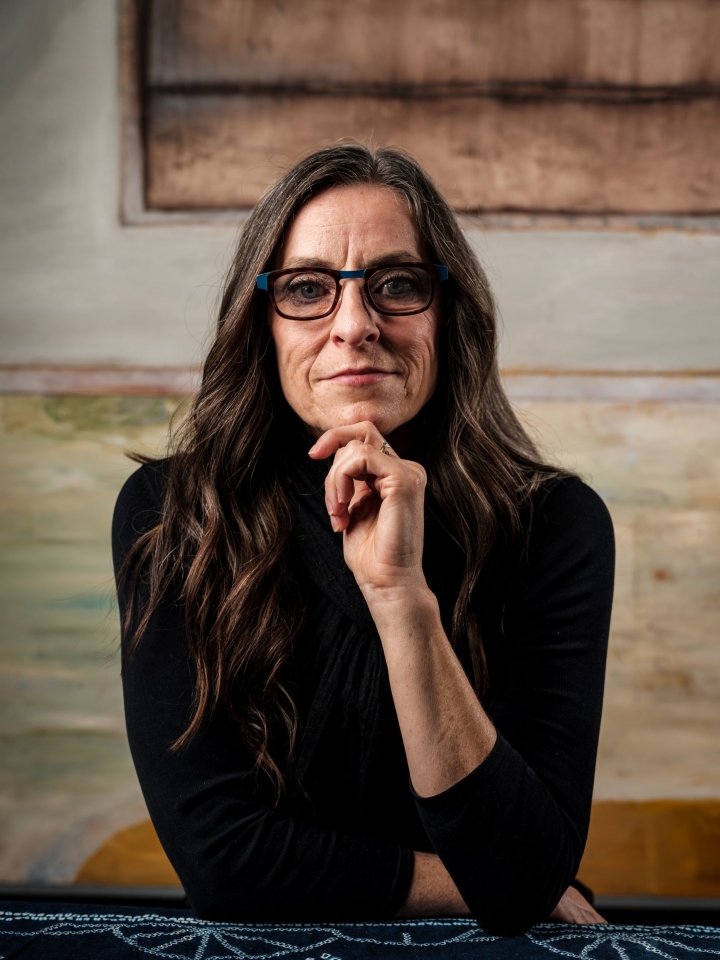 Recent research reveals how greatly the later version differs from the tale Patsauq first conceived of for an Inuit readership, inspired by stories he had heard growing up. Translating whether from or into Inuktitut poses significant challenges—beyond the asymmetry of this exchange, self-appointed, non-Inuit gatekeepers have played significant roles. Patsauq’s original story underwent extensive editing to craft something deemed accessible by a southern audience, which for “Eskimo stories” was assumed to consist primarily of younger readers. Accordingly, while this important author has been all but ignored in histories of Canadian literature, references to him are found in various children’s literature resources. The language of the English adaptation is full of flourishes and over-dramatizations that are completely foreign to the original as written in Patsauq’s mother tongue: starker, more powerful, and, arguably, a better story.

Markoosie Patsauq was born on May 24, 1941 at a seasonal hunting camp near Inukjuak, Nunavik. His parents were among the first generation of Inuit to transition to a market economy and be abruptly introduced to Christianity; when Markoosie was a small child, Inuit were being brought off the land and into settlements. In the year he was born, the federal government had begun issuing to each Inuk an identification disk to be worn around the neck—Markoosie’s own disk number was E9-725. By 1969 (just as the first two of three installments of Uumajursiutik unaatuinnamut were appearing), a government initiative known as “Project Surname” forced Inuit to adopt family names.

In July 1953, his was among several Inuit families forcibly moved some 2000 kilometers north, in what are known as the High Arctic Relocations. Unfamiliar with the terrain and ill-equipped for the region’s extreme climate, these families suffered for decades before being allowed to return home. The experience inspired the later activism of both Patsauq and his brother John Amagoalik (the “father of Nunavut”), eventually leading to compensation for the community and an apology from the federal government.

Patsauq was already very ill with T.B. when authorities loaded the twelve-year-old, his parents and siblings aboard the C.D. Howe, and eventually put them ashore at Resolute Bay, which lacked any medical facilities. One year later, he was sent alone to the Clearwater Lake Sanatorium for Indians and Eskimos, located just outside The Pas. Patsauq learned English while hospitalized, and then attended a residential school in Yellowknife before being sent to flight school in Goderich, Ontario. His eventful career included stints as a Co-op director as well as a translator and community leader. This man’s resilience was reflected in not only his many years and many descendants, but also the fact that he always insisted on having had a “lucky life.”

While his reputation as a writer is based on the success of that one well-loved story, Patsauq did publish several other works, including the five-part Wings of Mercy, drawing on his early career as a bush pilot. By the mid-1970s, he had ceased to write fiction, but continued to publish non-fiction, much of which—e.g. “Am I Not Canadian?” and “Exile in Childhood: One man’s memoir”—centred on his childhood experiences. 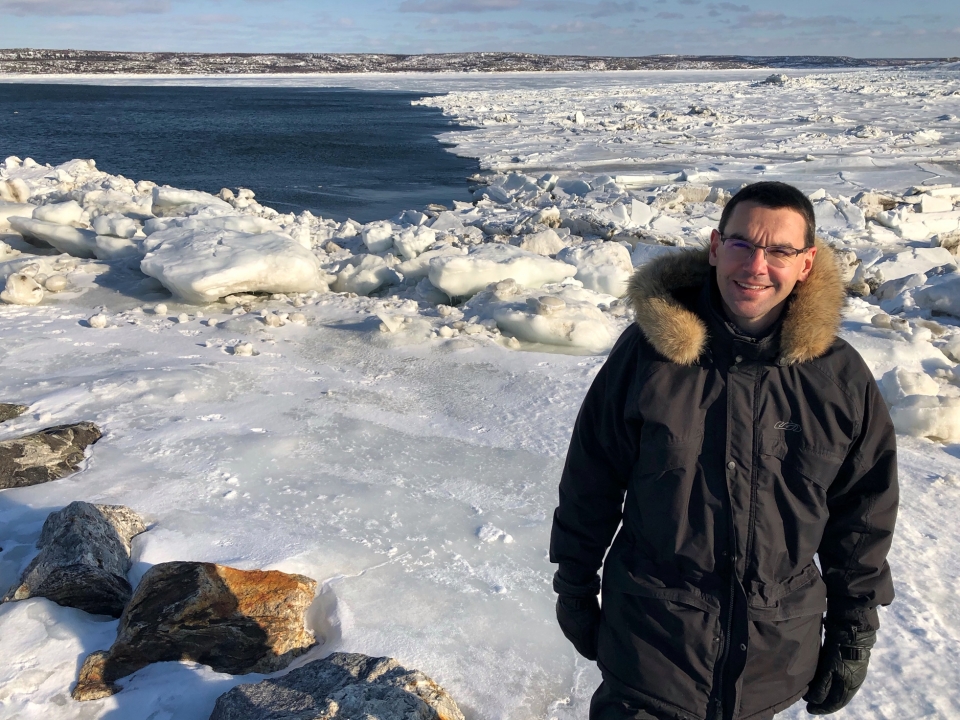 Readers now finally have access to rigorous English and French translations of Uumajursiutik unaatuinnamut [Hunter with Harpoon], done in collaboration with the author. Employing a distinctive voice, Patsauq creates sustained suspense and depth by alternating between four different points of view, including that of the polar bear his protagonist is pursuing across the tundra. In the original text, he achieves a particular tension through consistent use of the present tense, accompanied by a cinematic narrative style—authorial choices that are truly innovative, in effect inventing a genre in the Inuktitut language.

For Patsauq, “it was very, very important that I tell the story. […] It’s a novel, but a lot of it is a true story, what really happened, with different people. When I was writing the book, I had to remember what my mother said, what my father said, my grandfather, my grandmother,” he noted. “And, you know, it was not easy.” Nor is it necessarily easy for settler readers even today to open themselves to an Inuit worldview, to accept as literary works those that refuse to pander to mainstream expectations. As Rachel Qitsualik has commented about one of her own stories, “some of the characters […] are bound to be doing and believing things that are puzzling to non-Inuit readers. Good. […] Let the reader feel the uncertainty of living in a little-understood land, as newly arrived Inuit might.”

A critical part of our work has been to contribute to the general understanding of the complex process of translation (including the difference between translation and adaptation, the implications of self-translation, relay translation, etc.) and the ethical complexities of publishing practices (both historical and contemporary), especially where a significant power differential exists. Questions of agency were necessarily central to our analysis. It is important to note that Patsauq himself never referred to his English-language version titled "Harpoon of the Hunter" as a "translation"--he spoke of being asked to "arrange" the text in English, and indeed acknowledged the difficulties of that task. Our research into the context within which that adaptation was produced and published, as well as into his original manuscript in Inuktitut, provides evidence that is all to the credit of this ground-breaking Indigenous author.

The sound of the wind is loud inside the igloo, and Ujamik starts to worry again. "If the hunters don’t get back soon, we’re going to be hungry," she says, "Our food supplies are almost all gone."

The sound of the wind beating against their igloo didn't help to ease Ooramik's mind. They hadn't said a word for an hour, but each knew what the other was thinking. Ooramik broke the silence. "I hope the hunters will be back soon. If they aren't, we will be facing starvation."

Uumajursiutik unaatuinnamut/Hunter with Harpoon/Chasseur au harpon by Markoosie Patsauq, edited and translated from the Inuktitut by Valerie Henitiuk and Marc-Antoine Mahieu, and including the original text in syllabics, a romanized version, and full critical apparatus, was released by McGill-Queen’s University Press in January. Trade editions in English and French are also available through MQUP, Boréal, and Dépaysage.