Indigenous resilience as seen through lacrosse

At this time of year, the Cayuga nation is generally getting ready for a special occasion: its annual lacrosse game. This event may seem insignificant to some, but as we learn in The Creator’s Game, it is of great significance indeed for many First Nations people, for whom the sport is intimately tied to their identity.

In this work published by UBC Press, Allan Downey, the historian of Indigenous nationhood, self-determination and sovereignty, paints a portrait of the role this sport has played and continues to play in the lives of Indigenous peoples.

Presented as a collection of archival texts, testimonials and explanations of relevant background context, the book guides readers through the different stages that have marked the history of this sport, both in terms of the game itself and with regard to the underlying political strategies.

In tracing the history of lacrosse as a sport from 1860 to 1990, Downey is able to show that colonial history is not necessarily at the centre of Indigenous history. “Indigenous history is independent of colonial history. While the history of colonialism is indeed important and deserves discussion, it does not define and will never define Indigenous communities and their stories,” the author argues. 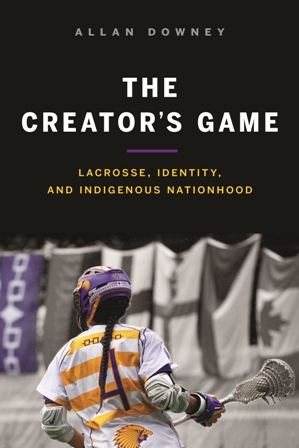 Created by our First Nations, lacrosse preceded hockey as Canada’s national sport. “Though it was first introduced by Indigenous peoples, non-Indigenous Canadians later appropriated the sport of lacrosse as their own and reshaped it to symbolize Canadian identity. The strange thing is that lacrosse was eventually used as a means of assimilation in Indigenous residential schools,” Downey notes, but goes on to clarify that this was not the end of the story.

To push back against colonial pressures, Indigenous people reappropriated this sport for themselves and used it to reclaim their status as a nation with a right to self-determination. “Thanks to lacrosse, Indigenous communities achieved emancipation in terms of language, culture, government structure and ceremonial ritual,” explains Downey, who notes that he considers himself lucky to have been a witness to this resurgence.

True to his roots, he also chose to relate this story by using the art of narration. “I wanted to narrate the story this way because it’s a much better reflection of how Indigenous communities tell their stories.”

This element was important to Downey because he believes that the book’s success is due to the support he received from his mentors and from the Indigenous elders, scholars and knowledge-holders who worked with him as he wrote it. “It’s their stories that take centre stage in this book. This was a collaborative project, and I think that this prize is a recognition of their commitment to this project.”

The author wrote this book primarily for First Nations youth, and he has every intention of continuing to reach out to them. “I wanted this book to serve as a kind of resurgence for Indigenous communities, and to contribute to this movement, at least to some extent, through knowledge,” he concludes. 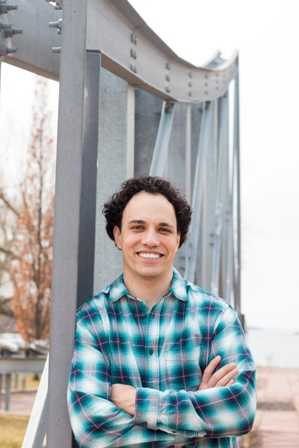 Allan Downey is Dakelh, Nak’azdli Whut’en, and an Associate Professor in the Department of History and Indigenous Studies Program at McMaster University. Author of The Creator’s Game (2018), Allan is a recent recipient of a Fulbright Fellowship to Columbia University where he continued to advance his research focused on the history of Indigenous nationhood, sovereignty, and self-determination. Beyond his research and teaching activities, one of Allan’s greatest passions is working with Indigenous youth and he volunteers for several Indigenous communities and youth organizations throughout the year.

The Creator’s Game is the English winner of the 2019 Canada Prize. The Canada Prizes are awarded annually to the best scholarly books in the humanities and social sciences that have received funding from the Awards to Scholarly Publications Program (ASPP). The winning books make an exceptional contribution to scholarship, are engagingly written, and enrich the social, cultural and intellectual life of Canada.