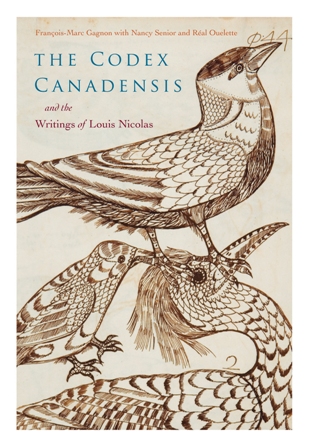 For 300-odd years, the Codex Canadensis was largely unknown. And yet, the manuscript contains valuable drawings that illustrate in detail the flora and fauna of New France, as well as some of its Aboriginal peoples.

It is lost no more. A new book, The Codex Canadensis and the Writings of Louis Nicolas, brings together for the first time the illustrated Codex Canadensis and The Natural History of the New World, a written account that supplements the drawings. Together, they offer a new glimpse into the life of New France.

The book was edited by François-Marc Gagnon, an expert in Canadian art, with Nancy Senior and Réal Ouellet. It is the winner of the 2013 Canada Prize in the Humanities presented by the Federation for the Humanities and Social Sciences for an English-language work.

Gagnon maintains that both the Codex and the Natural History can be attributed to Louis Nicolas, a French Jesuit priest who travelled throughout Canada between 1664 and 1675.

The Codex, which is reproduced in full in the book, showcases the flora and fauna of the country as interpreted by Nicolas, and is at the same time an example of the first expressions of art in Canada.

The drawings, done in pen on parchment paper, are an unusual mix, says Gagnon. The drawings are very precise – ornithologists easily recognize bird species, for example – yet at the same time have a “naïve art” side. Some are squarely fantastical, showing imagined animals, like the ‘sea horse’ drawn with the head and front legs of a horse and the body of a fish.

Nonetheless, it is the most complete listing of Canadian flora and fauna of its time. It also includes descriptions of how the Aboriginal peoples use some of the animals, and presents some medicinal plants.

Nicolas, according to Gagnon, seems to have been a colourful character. He writes of how he attempted to tame two bear cubs – he had their claws and teeth pulled to protect himself – and how he got them to do tricks in the yard of the Jesuits’ residence at Sillery near Quebec City. He wanted to bring them to France to present them to a prince or great man, but “unfortunately I had no box that they could easily be contained in like the chipmunks that I had the honour to present to His Majesty.”

He also recounts his astonishment at seeing a tame male goldfinch that lived in a cage attract with its singing a wild goldfinch, another male.

“These two birds kissed each other by touching their beaks.… My pen cannot express how remarkable I found this,” wrote Nicolas.

Gagnon says he suspects Nicolas’ superiors weren’t keen on his exuberance and that the work remained unpublished and unknown because the Jesuits wanted it so.

The Codex was first referred to in 1930, and in 1949 it was bought by Thomas Gilcrease, the founder of the Gilcrease Museum in Tulsa, Oklahoma. The original remains in Oklahoma. 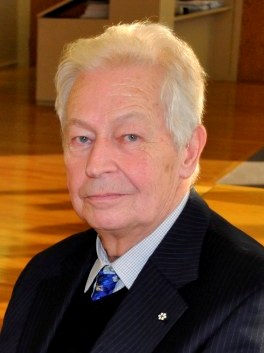 François-Marc Gagnon is Founding Director and Distinguished Research Fellow, Gail and Stephen A. Jarislowsky Institute for Studies in Canadian Art, at Concordia University. Réal Ouellet is Associate Professor with the Department of Literature at Laval University. Nancy Senior is professor emerita in the Department of Languages and Linguistics at the University of Saskatchewan. The Codex Canadensis and the Writings of Louis Nicolas is published by McGill-Queen’s University Press.