Critique and Transformative Alternatives: Re-imagining Futures Within and Beyond the Global Pandemic

The Canada Association for the Study of International Development welcomed keynote speaker Dr. Jayati Ghosh at Congress 2022, presenting “Critique and Transformative Alternatives: Re-imagining Futures Within and Beyond the Global Pandemic.”

Ghosh is a world-renowned development economist from the University of Massachusetts Amherst. In March 2022, Ghosh was appointed by United Nations Secretary-General António Guterres to a new high-level advisory board on effective multilateralism.

In her presentation, Ghosh discussed pressing issues related to the COVID-19 pandemic and climate change. In the early days of the pandemic in November 2020, Ghosh correctly predicted that developed countries would likely hoard vaccines once available, leaving few to none for developing countries. Bringing focus to this global inequity, Ghosh termed this “vaccine apartheid.”

Ghosh pointed out the speed in which vaccines were developed, and how rapidly the vaccines were approved by regulators. Meanwhile, the World Health Organization (WHO) and Global Alliance for Vaccine and Immunization (GAVI) set up COVAX (COVID-19 Vaccines Global Access) to ensure a fair distribution of vaccines, which multiple countries signed onto.

“The big flaw in COVAX was that it didn't prevent countries from doing side deals with the major vaccine companies. By late October 2020, the same week the Pfizer and Moderna vaccines were approved, the advanced countries representing 14% of the global population had taken up 85% of the 2021 supply. It's the kid at the party who tries to grab all the cake.”

The constant development of new strains and variants does not surprise Ghosh. She stated the only way to end the pandemic is if vaccines are equally available to the entire world. The Delta variant was first detected in India; Omicron was first detected in South Africa. Both countries were deprived of vaccine availability. Big pharma companies have profited from the continued spread of variants in developing countries, as they sell more booster shots and doses to rich countries who are guaranteed to purchase in excessive quantities.

Similarly, in discussing climate change, Ghosh explained that it is largely developed countries and the global elite who contribute the most carbon emissions. Yet, their production skyrocketed during the pandemic. The worse perpetrator is North America, followed by Europe. Contrary to popular belief, China and India only contribute a quarter of global emissions, while the richest ten percent contribute over half.

“If you could bring down the carbon emissions of the top ten percent globally to the European Union average, which is already high, you would reduce global carbon emissions by one-third. A carbon tax only affects the poor. I don’t think it would stop Elon Musk going to the moon for a joyride.”

Despite her discontent with the current order, Ghosh remains cautiously optimistic. Believing that our world is currently on the brink, she ultimately thinks humanity can save itself. In the 1940s, for example, the world had just emerged from a catastrophic war and remained deeply divided — and yet, it was able to establish new measures to attempt global harmony, such as the United Nations and the Bretton Woods system. Though flawed and poorly implemented in practice, the effort to improve was made.

“We cannot survive as humanity on this planet without co-operation… People lack awareness about vaccines and the nature of climate change and how easy it would be to change things. People just need to press the issue before anything changes.” 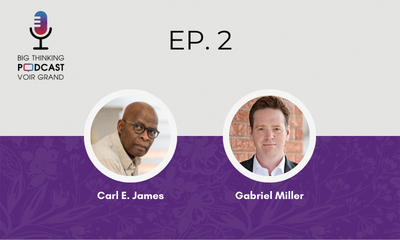