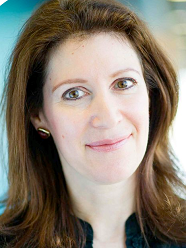 Charmain Levy, PhD and DEA in Anthropology and Sociology of Politics (2000) from the University of Paris VIII, Masters at the University of Paris III in sociology with a specialisation in Latin American Studies; and Hon. BA at York University in political science (international relations and comparative politics). She is a full Professor at the University of Outaouais (UQO), teaching International Development Studies. From 2016 to 2021, she was dean of research at UQO. She is a specialist in Latin America, particularly Brazil; social movements, religion and development; feminist, urban and development studies. She is also a researcher in the Research Team on Inclusion and Governance in Latin America (ERIGAL) and the Quebec Network of feminist studies and research (Réqef). She is a former president of the Canadian Association of Studies in International Development; former editorial director of the Development and Globalization Collection at the University of Ottawa Presses. She currently holds a SSHRC Insight grant. She authored numerous articles and book chapters on social movements. Her most recent publications are 21st Century Feminismo: Women's Movements in Latin America and the Caribbean (with Simone Bohn) and the special issue on "Pink Tides and Right Turns in Latin America in Globalizations (with Manuel Larrabure). She is currently editing a collective volume on social movements in Paraguay with Laureen Elgert and Valérie L'Heureux. Her current research projects include the feminist urban commons in Montevideo and Buenos Aires and the contribution of the platform cooperative Fairbnb to the urban commons in Italy.