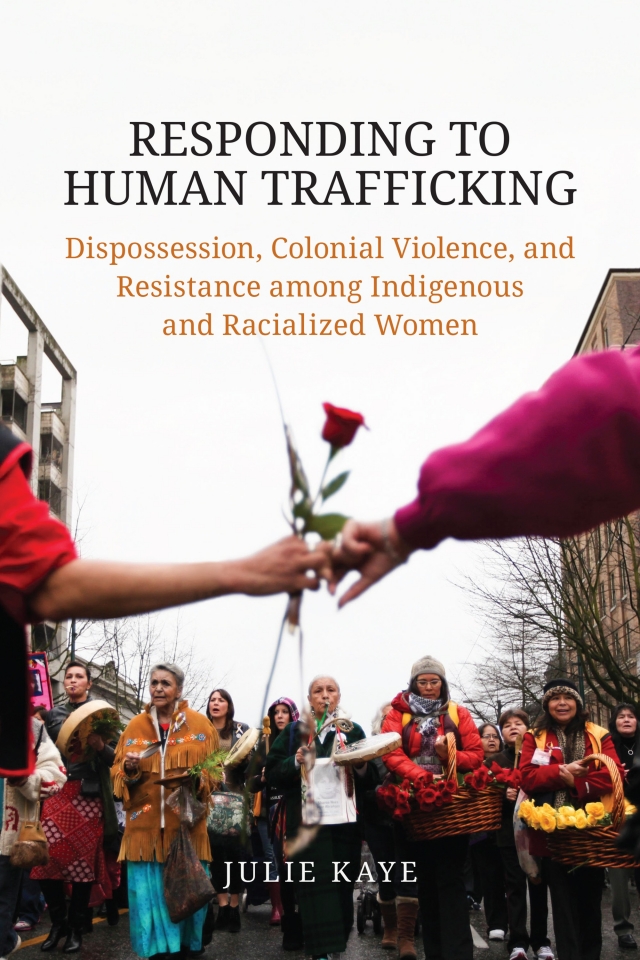 Responding to Human Trafficking: Dispossession, Colonial Violence, and Resistance among Indigenous and Racialized Women is dedicated to my late mentor and friend, Trisha Anne Monture. Her Mohawk name, Aywahande, means “the one who starts things with words.” It is a fitting dedication for this book since so many of the ideas that eventually unfolded in this work began in conversation with her: in the classroom, in her office, in restaurants, and in her home. It was in these exchanges where my theorizing of the complexities of humanitarian interventions and their muddied relation to self-determination began to take shape. I hope this book will invite a conversation about the possibilities and the harms of anti-violence strategies in a context of settler colonialism and its ongoing, daily lived expressions of violence.

There have been many times I wished I could have sat across from Trisha as I later worked through the theories and ideas that came to shape my work. Her voice will continue to echo through generations of research and resistance. But, even more so, she resounds in relationships of resistance. As Trisha wrote, “self-determination is principally, that is first and foremost, about our relationships.” We cannot express self-determination apart from relationship. It was important to me that even the format of the book demonstrate the foundation of relational conversation. This is also why I was honoured that Dr. Sarah Hunt provided the foreword. In all she does, Sarah exemplifies a dedication to building networks and relations of kindness and inclusion, while fiercely working to dismantle systems of oppression.

The book begins from the premise that rights-based interventions are simultaneously a source of resistance and oppression. They hold the capacity to draw attention to the necessity of social change, while also reproducing ongoing conditions of colonial dispossession and restricting efforts to dismantle settler colonialism. This approach assumes that rights-based discourses emerge through a continuous process of negotiation and interaction between representatives of formal policy and social and moral entrepreneurs, activists, and advocates. From this premise, the book traces the construction of “domestic” and “international” anti-trafficking discourses and how such discourses provide a particular site to analyze how Canada negotiates its boundaries and consolidates national entitlements.

Situating anti-trafficking initiatives within ongoing settler colonialism reveals the restricted possibilities for transformative change involving settler societies. I build on the argument – put forward by critical race and gender thinkers – that national identity in Canada is built on multicultural and humanitarian ideals of inclusion that “invisibilize” settler colonial structures of domination and “naturalize” settler interventions. This continues to reproduce the systems and structures that humanitarian efforts claim – and oftentimes aim – to be addressing through rights-based mobilization.

I further argue that anti-trafficking efforts (including my own frontline work in this area) and other rights-based interventions too often remain unreflexive of the spaces of privilege they occupy within a persistent “matrix of domination.” Beyond merely demonstrating the appropriation of rights-based discourses, the book considers how anti-trafficking discourses naturalize the national, racial, and sexual priorities of the state and continued forms of state-sponsored violence. 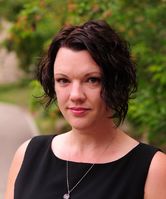 Dr. Julie Kaye is an Assistant Professor of Sociology and the Academic Coordinator for the Certificate in Criminology and Addictions Program at the University of Saskatchewan. She also serves as the Research Advisor for the Institute for the Advancement of Aboriginal Women (IAAW). She specializes in the areas of colonial gendered violence, community-based research, anti-violence, and critical analysis of law and criminal justice. Her recent book, Responding to Human Trafficking: Dispossession, Colonial Violence, and Resistance among Indigenous and Racialized Women, published by University of Toronto Press, is the first book to critically examine responses to human trafficking in Canada. Dr. Kaye engages in CIHR-funded, community-based research with individuals working in sex trade industries, community organizations, and harm reduction agencies in Edmonton and interprovincial explorations of body autonomy and anti-violence strategies funded by SSHRC. She also engages community in researching racialized policing and works alongside families, relations, and grassroots organizers of missing and murdered Indigenous women, girls, trans, and two-spirit (MMIWGT2S). Dr. Kaye participates in decolonial, anti-violence organizing and research alongside Indigenous-led responses to violence against Indigenous women. She has published findings from this work in the Canadian Review of Sociology, Social Inclusion and the Canadian Journal of Criminology and Criminal as well as in widely accessible publications, such as the New York Times, Toronto Star, and the Edmonton Journal.