Baseball a common thread in the Americas 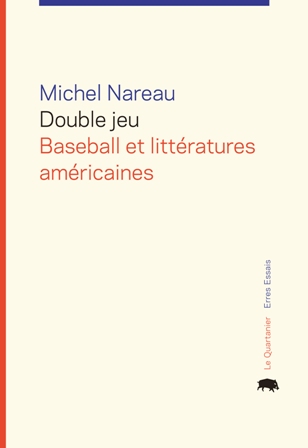 He manages to bring those three passions together in his new book, Double jeu : Baseball et littératures américaines, the winner of the Prix du Canada en sciences humaines for 2013.

In it, he shows how, through baseball, many themes common to different countries in the Americas play out.

Baseball, which originated in the United States, quickly spread to Canada, the Caribbean and some Latin American countries – especially those, says Nareau, where in the 19th century the elites sent their children to be educated in the U.S. Baseball is therefore played in countries whose languages are English, French and Spanish.

Love of baseball was not something the Americans imposed on anyone; its fans picked it up of their own free will.

There was sometimes a political element to that choice: For example, Cuba was until the end of the 19th century a Spanish colony. Supporters of independence for the island took up baseball partly to underscore the fact that their values were not those of Spain.

“This is something that happened all through the Americas,” says Nareau, adding that one of the goals of his research was show that baseball is not simply of the United States.

Nareau, whose interests include literature and comparative literature in the Americas, analyzed eight works of fiction originating in different cultures in the Americas where baseball is played. Those books are written in English, French or Spanish. Through his analysis, he tries to understand how baseball has influenced each of those cultures.

He sees influence in three areas.

The first, he says, involves how we in the New World relate to space. There is often tension between the comforts of home and the possibilities offered by the frontiers of the New World. Baseball, he says, can come to symbolize the tension between the two spaces, as well as a way of transitioning from one to another, from looking inward to embracing the big wide world.

Baseball, through its rituals, also feeds a sense of continuity with the historical past. Baseball is a way of coping with the past since it seems unchanging – at least to its fans.

Finally, baseball is a common reference point for people of different cultures.

“Through baseball, the different literatures of the American find common expression,” says Nareau. “There really is the idea that through baseball, one can reach out to other communities.”

Recognizing baseball’s contribution to different cultures, and understanding that it is a reference point common to many, also acknowledges that baseball has meaning that extends beyond a simple game.

In fact, says Nareau, it’s through its effects on the countries of the Americas that baseball wins its spurs as an expression of culture.

Michel Nareau is Assistant Professor in the Department of French Studies at the Royal Military College of Canada. His book Double jeu : Baseball et littératures américaines is published by Le Quartanier.