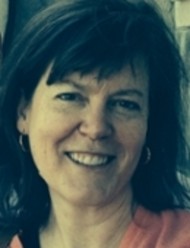 Penny Bryden is a Professor of History at the University of Victoria, an institution she came to in 2005, after receiving her PhD at York University and teaching at Mount Allison University for a dozen years. At Mount Allison, Professor Bryden was Head of the Department of History and Chair of the Canadian Studies Program, a member of the executive of the faculty union, and served on numerous university, faculty and departmental committees. At the University of Victoria, she has served on various faculty committees (Committee on Committees, Curriculum Committee, Dean’s Advisory Committee, Advisory Committee to the Associate Dean) and maintained an active teaching and research program.

Professor Bryden’s research focuses on Canadian political history. Her most recent book, Canada: A Political Biography (2016) is a textbook for Oxford University Press. Another recent book, "A Justifiable Obsession": Ontario’s Relations with Ottawa, 1943-1985 (University of Toronto Press, 2013), examined intergovernmental relations, while her current SSHRC-funded research is a history of the Prime Minister’s Office in Canada. She has begun work on a new project on a long history of political scandal in Canada.