Looking back on three centuries of shared life in North America

In revisiting the mechanisms that led to the decimation and expropriation of the peoples of North America, authors Denys Delâge, a specialist on Indigenous peoples, and Jean-Philippe Warren, a specialist on French Canadian society, paint a portrait of the meeting between Indigenous nations and European empires and the resulting clash of cultures.

It took them some twenty years to interpret a few key dimensions and realize their shared vision of telling a story that would summarize the encounters between America and Europe at the time of the earliest European exploration efforts. Focusing on the period between the early 17th century and the late 19th, the pair refutes the impression that Indigenous peoples were not free when the first Europeans arrived. 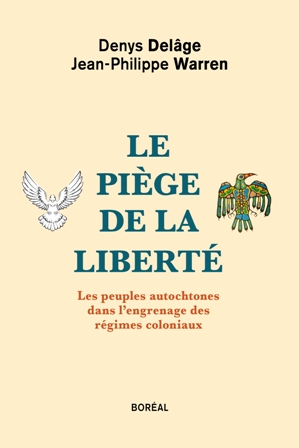 In Le Piège de la liberté (the freedom trap), the two researchers highlight the opposition between the individual freedoms prized by the Europeans and the collective freedoms that the Indigenous people held dear. While acknowledging that the Europeans’ promise of freedom to the Indigenous peoples was not kept, Warren says that the interpretation with which people are generally familiar is “a bit too simplistic. Our book wants to go beyond that interpretation. There was a confrontation between two models of social organization. It wasn’t just that Europeans appropriated Native land; more fundamentally, they wanted to undermine the First Nations' mode of social organization.”

With an analysis based at the level of societal archetypes, Delâge notes that Western society is compartmentalized into religious, economic and political aspects. As a result, even though they expressed admiration for Indigenous peoples in certain circumstances, merchants, missionaries and the military could not allow profit, religion, and submission to orders from superiors to be called into question in their respective areas of activity. The explorers thus found themselves caught between the inflexibility imposed by their form of social organization, and their enthusiasm for certain aspects of Indigenous life.

The essay is about Canada’s colonial past, but Warren believes that its content could prove useful for the present and the future. “The book is intended as a mirror in which the dominant society, in Canada or Quebec, can see itself and criticize itself. Even today, Indigenous peoples offer us an incredible example of how to build a more open, equitable, fairer and more tolerant society.” 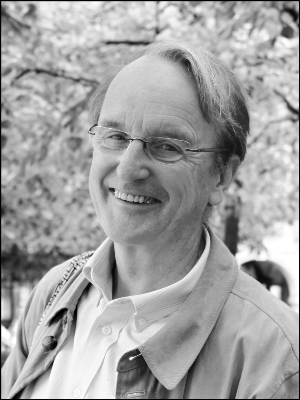 Denys Delâge is Professor Emeritus in the Sociology Department at Université Laval in Quebec City. He is also a member of the Société des Dix. The majority of his published work discusses the history of the major Franco- and Anglo-Amerindian alliance networks centred in Montreal between the 17th and 19th centuries, including the dynamics of conquest and alliance, hot and cold societies, animism and monotheism, the relationship to animals, cultural exchange, justice, commerce, land issues, memory and identity, and departure from colonial relations. Author of Bitter Feast: Amerindians and Europeans in Northeastern North America, 1600-64 (Le Pays renversé, Amérindiens et Européens en Amérique du Nord-Est (1600-1664)), published by Éditions du Boréal in 1985, Delâge received the Gérard-Parizeau Award in 2013 in recognition for his body of work. 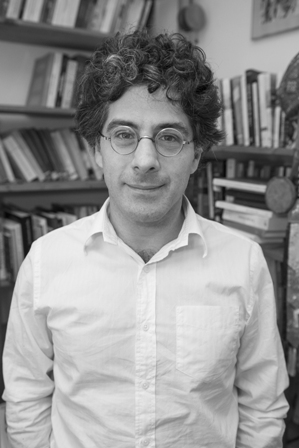 Full Professor in the Department of Sociology and Anthropology at Concordia University and Concordia University Research Chair for the Study of Quebec, Jean-Philippe Warren has published over 200 academic and scientific articles. He has published widely on the history and sociology of Quebec society. His work has appeared in literary, sociology, political science, history, and anthropology journals. Warren’s book Honoré Beaugrand, la plume et l’épée, published by Éditions du Boréal, received the 2015 Governor General’s Award for French non-fiction. He was elected as a member of the Royal Society of Canada in 2018.

Le Piège de la liberté is the French winner of the 2019 Canada Prizes. The Canada Prizes are awarded annually to the best scholarly books in the humanities and social sciences that have received funding from the Awards to Scholarly Publications Program (ASPP). The winning books make an exceptional contribution to scholarship, are engagingly written, and enrich the social, cultural and intellectual life of Canada.