We Are Coming Home: Repatriation and the Restoration of Blackfoot Cultural Confidence 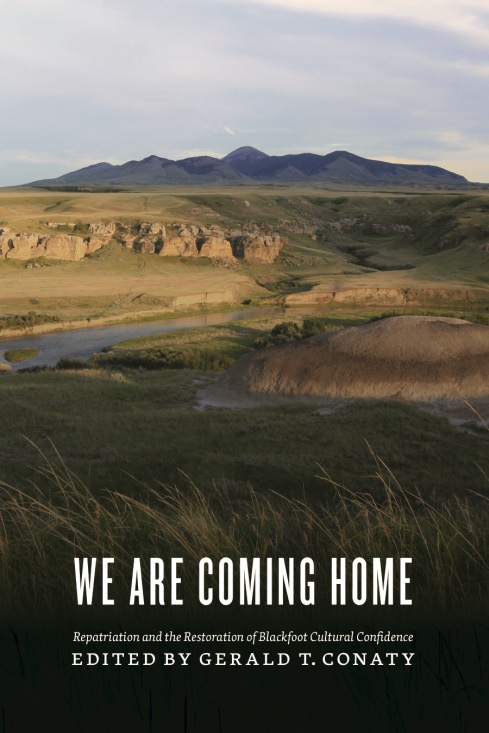 We Are Coming Home: Repatriation and the Restoration of Blackfoot Cultural Confidence (Athabasca University Press) is an unusual book in the museum world – not only because it’s about the unconditional return of sacred objects, but also because five of the eight contributors are Blackfoot ceremonialists or spiritual leaders. Although the idea for the book was the result of a restaurant conversation, it is actually the culmination of an evolving, 10-year relationship between the Glenbow Museum (Calgary, Alberta) and the four First Nations of the Blackfoot Confederacy – a process of reciprocity, deepening understanding, and mutual appreciation.  The editor of this volume, the late Gerald Conaty, died before the book was finished and he asked me to see it through to publication.

At the time this work began, Glenbow owned one of the finest collections of Blackfoot material culture in the world, including sacred objects. Among these objects were sacred bundles that were given to the Blackfoot by the Spirit Beings of their world. These are used in ceremonies to renew connections with the Spirit Beings and Creator, and to ask for help. These bundles are given the care that one would give to a child and they are essential to the practice of Blackfoot ceremonial life. Various Blackfoot ceremonialists wanted to borrow these objects from Glenbow and use them in their efforts to revive and practice traditional Blackfoot ways.

At the invitation of the Blackfoot, we attended their ceremonies and over time we realized how essential these objects were to individual and community well-being. It became crystal clear to us that these objects belonged to those individuals and communities who had the knowledge and experience to use them as intended – rather than our keeping them in collection storage vaults. To make a long and difficult story short, we unconditionally repatriated 253 sacred items to the Blackfoot Confederacy in 2000. The story was both long and difficult, as senior officials in the Government of Alberta opposed our initiative and did what they could to prevent it. We persevered and succeeded, and the tortuous details are laid out in this book.

The repatriation discussed in this book was the largest, unconditional repatriation of First Nations sacred objects in the history of Canadian museums. In returning these objects, we were honoring the anthropological tenet of not deciding what is in someone else’s best interest, and I believe that this principal must also be taken to heart by the global museum community. Instead, the museum community has taken a giant step backward with its Declaration on the Importance and Value of Universal Museums. Signed in December 2002 by such luminaries as the Louvre, the Metropolitan Museum of Art, the Rijksmuseum, and the British Museum, the declaration rejects repatriation on the grounds that “universal museums,” with their encyclopaedic collections, are best positioned to act on behalf of the world. By claiming to know what is in humanity’s best interests, the signatories have violated the anthropological tenet mentioned above.

I’m hoping that this book will stand as an undeniable challenge to the self-serving behaviour of the so-called universal museums. I am also hoping that both museums and scholars will see that mainstream museums can “push the envelope”, and that bold actions can be taken with long-term, humanitarian benefits for First Nations communities. I have no doubt that the indigenous ways of knowing contained in this book will enhance scholarship in ways that we have yet to understand – be it for museum studies, anthropology, sociology or management. If nothing else, Gerry’s book, and the work it describes, is a gift of healing and reconciliation to those peoples who shared their homeland with us many centuries ago. 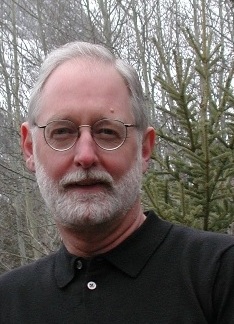 Robert R. Janes is an independent scholar and served as editor-in-chief of the Journal of Museum Management and Curatorship from 2003 to 2014. He has worked in and around museums for 39 years as an executive, consultant, editor, author, board member, archaeologist, instructor, volunteer, and philanthropist. Janes has devoted his career to championing museums as important social institutions that are capable of making a difference in the lives of individuals and their communities. He was given a traditional Blackfoot name in 1995.

Bookmark It!
The Awards to Scholarly Publications Program has supported the publication of great Canadian academic books since 1941. This blog series shares the story behind some recently published ASPP-supported books, illuminating their lasting value to Canadian culture, society and research. Read more in this series here.