Universities and the George Floyd moment 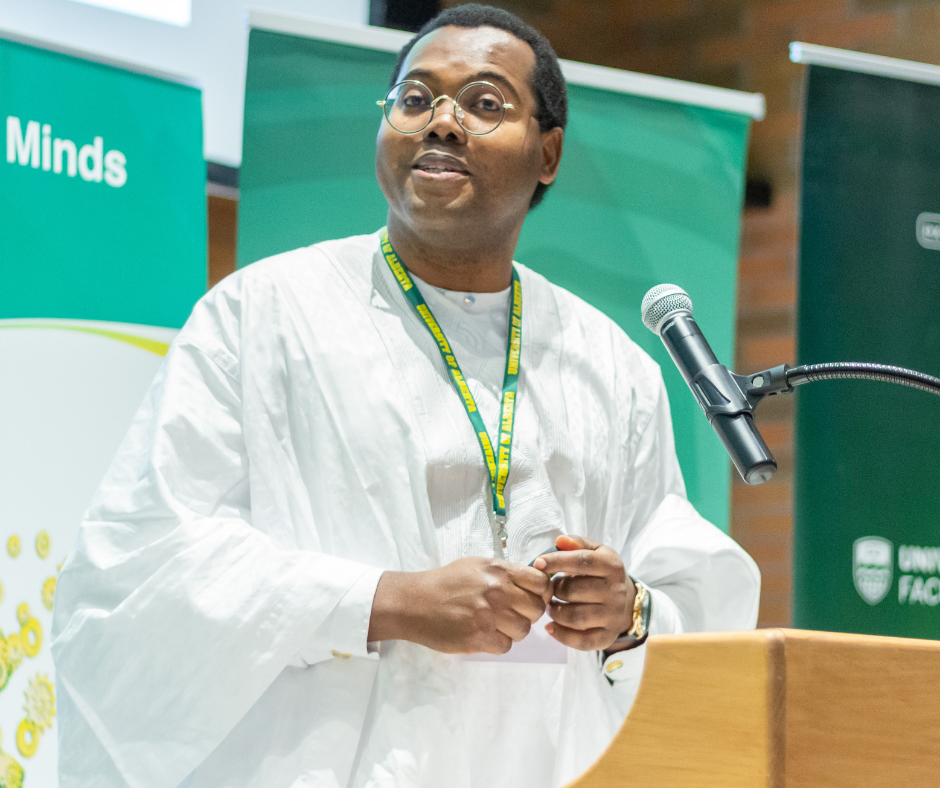 Guest post by Temitope Oriola, joint editor-in-chief of African Security, associate professor at the University of Alberta, two-time Carnegie fellow, recipient of the Governor General of Canada Academic Gold Medal and president of the Canadian Association of African Studies (CAAS).

George Floyd’s digitized and widely disseminated asphyxiation through that knee on the neck has led to global protests against police violence. The murder of George Floyd on the streets of Minneapolis on May 25, 2020 has also spurred challenges to historical injustices (as well as their ostensible sites and symbols) and social inequalities. There is also increasing solidarity with the Black Lives Matter movement, which has recently been nominated for the Nobel Peace Prize.

In late 2008, Nicole Neverson (Ryerson University), and Charles Adeyanju (University of Prince Edward Island) and I began to conduct research on use of conducted energy weapons (CEWs), such as Tasers, in Canada. The research was influenced by the televised death of Polish immigrant Robert Dziekański on the floor of the Vancouver International Airport, growing fatalities following deployment of CEWs and overall dearth of Canadian literature. My colleagues and I warned against what we termed a “new urban terrorism” particularly within city spaces, the amphitheatre of socio-political contestation. We problematized the gaze of law enforcement on poor, mentally challenged, racialized individuals rendered concurrently visible and invisible by law enforcement. We argued that it was time to “re-theorize the notion of urban terrorism in recognition of the economy of violence that the downtrodden face in socially devalued city spaces”. We also articulated the factors influencing public outcry over excessive use of force and support for deployment of CEWs (with Heather Rollwagen, Ryerson University). Recent events have buttressed the salience of our findings. I have argued in the aftermath of Floyd’s death that reforming the police is an explicitly political matter — police organizations rarely change from within.

Nonetheless, these issues go beyond policing. The deaths of George Floyd, Regis Korchinski-Paquet and maltreatment of Chief Allan Adam of the Athabasca Chipewyan First Nation have led to calls for universities to do more to promote a more inclusive society. Several student associations have challenged their departments, particularly in the social sciences, regarding police violence, their ties to the police, and broader action on social injustice. In August 2020, the Institute of Criminology and Criminal Justice (ICCJ) at Carleton University ended student internships with police and correctional services. This has attracted both commendation and criticism.

These issues present an opportunity to examine the role of universities in the global movement to promote social justice and create a more inclusive society. How can universities respond to the call for action on equity, diversity, and inclusion?

The proportion of racialized peoples among full-time faculty is estimated at 21 percent. Racialized persons in general make up 22 percent of the Canadian population and 31 percent of doctorate holders. Black people make up 3.5 percent of the Canadian population, according to the 2016 Census. Blacks in the professoriate remain at 2 percent. There are several Canadian universities where Black people make up less than 1 percent of full-time faculty. While tenured/tenure-track positions are hard to come by regardless of background, the representation of Black scholars is rather superficially low. Some universities have embarked on Black cluster hiring. These include York University, McMaster University, and Mount Saint Vincent University, among others. A few Black focused positions have been opened in some other universities. As I noted in my column in the December 2020/January 2021 issue of the newsletter of the Canadian Association of African Studies (CAAS), the emerging Black cluster hiring wave is a welcome development. There is a need for new positions to reflect the breadth and depth of scholarship, particularly in the social sciences. Universities also need to open tenure-track positions in disciplines like law, sciences, engineering, and medicine, among others. The academic standard being used to screen candidates for entry to the professoriate is rigorous and reasonable. The standard has never been a problem. The issue is the application of that standard. Any cluster hire of Black candidates will attract applicants with strong publication records and great teaching and research potential.

Research chairs and other awards

The increased attention to equity, diversity and inclusion in the Canada Research Chair program is beginning to produce results vis-à-vis the representation of women, Indigenous peoples, visible minorities and scholars who identify as LGBTQIA. A lot of work still needs to be done. These awards and those internal to specific universities are career-defining. Adjudication processes for internal awards at universities also need to be retooled so that the distribution of prestigious research and teaching awards reflects the measurable and objective output of all scholars, including those from equity-seeking groups.

Some crucial voices are often missing at the table when critical decisions are being made because of underrepresentation of BIPOC in positions of chair, dean and other senior levels of university administration. A 2019 report by Universities Canada finds that only 8% of senior leaders are racialized persons. Many universities do not have any Black person in senior administration. Universities have to make a conscious decision to change this calcified pattern. In particular, positions that are filled internally require demonstrable transparency and inclusion. Therefore, whose shoulders are tapped is important. To be clear, universities have strong pools of equally qualified candidates of all backgrounds. Therefore, a policy regarding representation is necessary.

A 2017 report finds that 63 out of 76 Canadian universities did not have race-based data about their students. Data on Black faculty is often unavailable. Therefore, the diversity picture in many of our universities is unclear.  Rigorously collecting and publishing such data is crucial in efforts to promote equity and diversity. It will help to indicate how our universities are performing vis-à-vis their own pre-defined metrics and relative to peers.

A temperamentally and environmentally safe space is needed to retain faculty, particularly BIPOC. Such conducive environment is created through deliberate and conscientious efforts. It does not occur by happenstance or mere rhetoric. It requires policies, practices and personnel that are committed to promoting an inclusive environment. Faculty turnover is shaped by big issues as well as seemingly mundane matters. BIPOC faculty can be easily overwhelmed when they are one or few of a kind: The only BIPOC in a department with over a dozen professors or one of four professors in a faculty with nine or more departments. They may become stressed out by student supervision, informal mentoring and miscellaneous committee assignments. Invitations from local communities can also overwhelm BIPOC when there are few persons to speak at events, headline activities or serve as mentors.

EDI policies: What do we really mean?

Universities Canada reports that 77 percent of universities mention EDI in their strategic plans. This is a step in the right direction. However, such mentions must not be merely honorary. We must ask ourselves: What do we mean by equity, diversity, and inclusion? What kind of university are we? What kind of university do we wish to become? It is time to give some bite to the fine-grain mission statements, the EDI policies, and well-manicured strategic plans. One of the benefits of having a PhD in a social science or the humanities is that we acquire mastery of the language of social justice. We must not conflate that with actual action to promote social justice.

Universities rely on key individuals and units to implement their well-intentioned policies. The success of such policies depends on those individuals and the resources available to them. In Book II of the Nicomachean Ethics, Aristotle points out the two kinds of human excellence — intellectual and moral. Aristotle argues that the intellectual “springs originally and is increased subsequently, from teaching”. To that may be added learning. What I find most salient in Aristotle’s point about moral virtues and excellence is his argument that “matters of moral action and expediency have no fixedness…but it must be left…to the individual agents to look to the exigencies of the particular case, as it is in the art of healing, or that of navigating a ship” (pp. 22). We are all tasked with the mission to create a more equitable, inclusive and diverse academe. The ship of each university needs to be navigated towards a more inclusive environment, where each individual can thrive to the full extent of their abilities and hard work.  The George Floyd moment beckons.

Bio: Temitope Oriola is joint editor-in-chief of African Security and associate professor at the University of Alberta. Oriola’s research focuses on policing & use of force by police, transnational crimes, terrorism studies, resource conflict, and social movements. A two-time Carnegie fellow and recipient of the Governor General of Canada Academic Gold Medal (first awarded by the Earl of Dufferin in 1873), Oriola is president of the Canadian Association of African Studies (CAAS).