Canada Prizes 2015: Canada’s political class in the pocket of the oil industry? 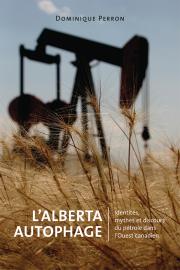 It is nearly impossible for a Canadian politician to criticize the oil industry, says Dominique Perron, author of a new book that looks at identities, myths and the discourse surrounding the oil industry in Western Canada.

That fact is a major impediment that prevents the country from having a real debate about the big issues – like the oil sands – that involve the oil industry.

That lack of debate risks undermining the Alberta economy in the long term, she warns. And Quebec, she adds, should not be complacent: Its Caisse de dépôt, the fund that manages public pension plan money in Quebec, invests heavily in Alberta, and is exposed to the same long-term risks as Albertans.

Perron doesn’t shy away from the fact that her book is likely to stir the pot by suggesting that the oil industry has Canada’s political class in its back pocket.

“The oil industry’s master stroke is having been able, quite rapidly, to impose its point of view,” she says.

She says one of the few respected political figures who dared to criticize the oil industry in recent years was former Alberta premier Peter Lougheed, who spoke out shortly before his death in 2012.

But otherwise, she says – and her book includes examples to back up her case – any politician who dares question the oil industry is rebuked not by the industry itself, but by other politicians.

Perron says she had to overcome a number of obstacles – including difficulty in finding funding – to write her book. But the flip-side of those difficulties is that she is beholden to no one.

The title of her book (which loosely translates as ‘Alberta cannibalizing itself’) was inspired by sociologist Denis Duclos, who spoke about capitalist societies that cannibalize themselves. In the case of Alberta, Perron says the self-cannibalization is quite literal, as the province chews up land in the oil sands region to produce oil.

By linking its economy so closely with the extraction of a natural resource whose price fluctuates, Alberta pays a price since bust inevitably follows boom. Yet so strong is its relationship with the oil industry that Alberta seems incapable of foreseeing the busts.

“As long it keeps believing in oil, Alberta will keep going from boom to bust in ever-accelerating cycles until it is just no longer tenable,” she warns.

Alberta and Quebec are similar in many ways, adds Perron. But she thinks Quebec may have a bit more vision than Alberta when it comes to saving for the future. Years after it was set up, Alberta’s Heritage Fund, the province’s ‘savings account,’ contains only $17 billion – much less than Quebec’s Caisse de dépôt, which plays a similar role but is valued at $225.9 billion.

But Quebecers, she says, should not be smug: The Caisse invests heavily in Alberta. And she suggests, tongue in cheek, that perhaps the students protesting the extraction of hydrocarbons in the streets of Montreal should focus their demonstrations on the Caisse offices.

Dominique Perron was an associate professor (she is now retired) at the University of Calgary. Born in Baie-Comeau, Quebec, she obtained a doctorate from Université Laval in Quebec City. L’Alberta autophage : identités, mythes et discours du pétrole dans l’Ouest canadien is published by University of Calgary Press.