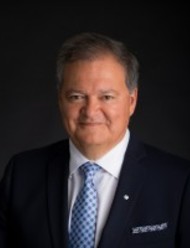 Chair of the Board

President and CEO of Indspire

Mike DeGagné is the President and CEO of Indspire, Canada’s largest Indigenous-led and Indigenous-focused charity, and served as the sixth President and Vice-Chancellor of Nipissing University from 2013 to 2020. His career includes work with the federal government in management of Aboriginal programs, and as a negotiator of comprehensive claims. He has served as the founding Executive Director of the Aboriginal Healing Foundation, a national organization which addressed the legacy of Indian Residential Schools. He has served on numerous Boards of Directors in the health and university sectors including as Chairman of Ottawa's Queensway Carleton Hospital, Chairman of the Child Welfare League of Canada, and the Mental Health Commission of Canada. He has a PhD in Education focusing on Aboriginal post-secondary success from Michigan State University, and Masters degrees in Administration, Law, and Ethics. He lectures nationally and internationally in the areas of Indigenous governance and reconciliation. He is a recipient of the Indspire Award for Public Service, the Order of Canada and the Order of Ontario as well as the Queen’s Diamond Jubilee Medal. In 2018, he received an Honorary Doctor of Law from the Schulich School of Law at Dalhousie University.