Sometimes it is enough to simply be excellent 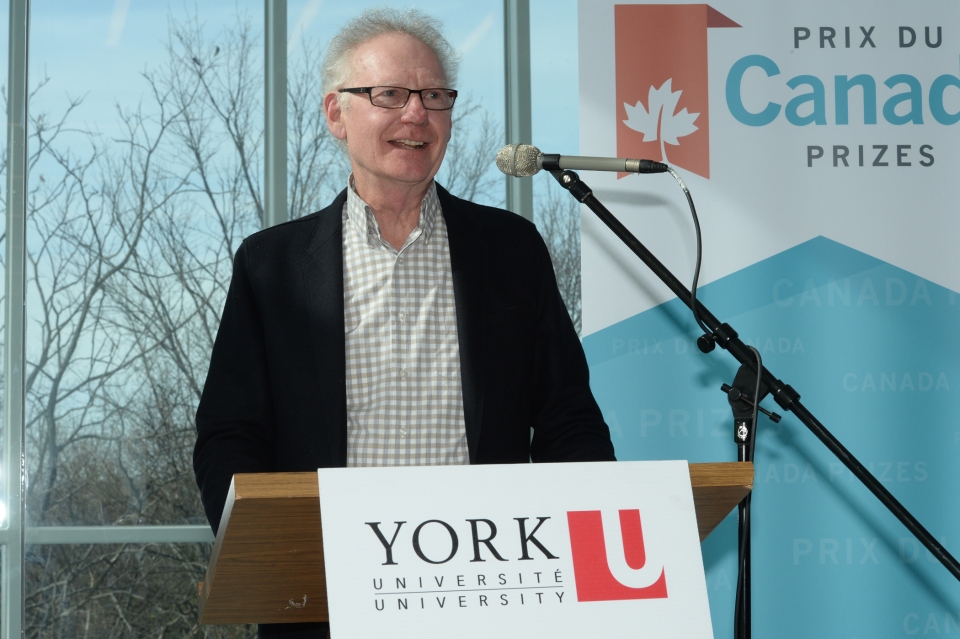 The following is a speech given by Michael Adams at the 2014 Canada Prizes award ceremony at York University’s Glendon College Campus on May 7, 2014, where the Federation celebrated this year’s four winners.

Good evening, everyone. It is an honour for me to have been asked to be deliver the keynote address for this year’s Canada Prize Awards, especially as I served on the jury with two distinguished scholars: Janice Stein of the University of Toronto’s Munk School and professor Greg Kealey at the University of New Brunswick.

As some of you will know, the Awards to Scholarly Publications Program or ASPP was established in 1941 by a group of Canadian scholars who wanted to support the dissemination of Canadian research in the humanities and social sciences. Since that time, the ASPP has funded more than 6,000 works, contributing directly to the creation of a distinctly Canadian body of knowledge in those disciplines.

The scholars who started the ASPP, among them noted public intellectuals Harold Adams Innis and Northrop Frye, felt strongly that the unique scholarship being produced in Canada should be shared. A great deal of my own work has focused on differences between social values in Canada and the United States, so it won’t surprise you to learn that I admire Innis and Frye’s insistence that Canada is a society with its own outlook and its own intellectual landscape. It frustrates me when Canadian scholars, journalists, public servants and citizens look at data on U.S. attitudes or behaviour and assume that Canada is much the same—without bothering to check the facts.

But while I object to the lazy imputation of U.S. data to Canada, I find myself quite at ease with the allocation of U.S. funds to Canadian projects. So I was surprised—but not dismayed—to learn that the precursor of the ASPP was launched with a $5,000 grant from the Rockefeller Foundation. There has got to be a fascinating story connecting the Rockefeller Foundation to Canadian scholarship at the outset of World War II. I don’t know what that story is, but I hope some keen scholar will unearth it and tell it to us—maybe he or she will even tell it well enough to win a Canada Prize.

Now that I’ve covered a bit of context about the prize, I’d like to offer some reflections. I hope you’ll forgive me for being a bit personal.

First off, I want to say how important Canadian scholarship of the kind we celebrate this evening has been to me. It inspired me as a student, and it has helped to fuel my work as a sociologist working in the private sector. It was the work of pioneering political scientist John Meisel that inspired me to attend Queen’s University in the mid-1960s and to study political sociology as an undergraduate there, and subsequently at the graduate level at the University of Toronto.

Like many Canadians of my generation, I was the first in my family to attend university. I was heavily influenced and greatly inspired by my academic mentors. For a curious young person who was interested in how and why Canada and its politics worked as they did, it was a life-changing experience to spend time in an environment where scholars were devoting their careers to exploring those very questions. I’m sure those in this room who teach are inspiring the same admiration and gratitude in many young people today.

I co-founded my research firm, Environics, in 1970 while at the University of Toronto, and began to undertake a range of survey research projects on behalf of public- and private-sector clients. I have been “committing sociology” for a very long time. A mere 27 years later, I had gathered the courage to produce my first book. Had I been subjected to the publish-or-perish imperative of academic life, I presumably would have perished sometime in the mid-1970s.

As everyone who does it knows, writing is hard—and writing a book is very hard. Unlike academics, pollsters are not required to undergo this particular form of torture, so for a long time I didn’t. Eventually a friend who owned a small publishing house encouraged me to put into writing some of the thoughts about our data that I’d been sharing with him at our lunches over the years. And that’s how I came to give birth to the first of my books: Sex In the Snow. In preparing me for this event, the organizers advised me that a number of the books being recognized this evening were biographies, and that one option for my remarks might be to reflect on that genre—but unfortunately Sex in the Snow was not my autobiography. It was a book on Environics’ social values research. Creating that book and some others since has enabled me to have some appreciation of the care, work and worry involved in the creation of the work of Pierre Anctil, Sandra Djwa, David E. Smith, and Hugues Théorêt—and indeed of all the scholars who were in contention for this year’s Canada Prize.

Prizes like this do a lot of good things, not least of which is to remind us that the quiet, solitary work of research and writing does eventually emerge into a community—it matters to that community, and it changes that community.

One sometimes hears academic publications derided as out of touch. People who hold that view will not find much support in this year’s Canada Prize winners. At a time when the implications of religious diversity in Quebec are passionately debated—not least in the recent Quebec election—the Canada Prize has recognized two books that relate to the life of Quebec’s Jewish community: one about a Yiddish-language poet, from Pierre Anctil, the other about an anti-semitic journalist, from Hugues Théorêt. At a time when many Canadians are worried about the rancourous partisanship in Parliament, we have a careful reflection from David E. Smith on the role of Her Majesty’s loyal oppostion. I admit that Sandra Djwa’s biography of P.K. Page is a little more difficult to connect to the headlines—but mercifully for all of us, not every piece of writing requires a news hook. Sometimes it is enough to simply be excellent. And surely Northrop Frye would be pleased to see a connection this year between the publishing program he co-founded and a poet and artist whose “lively mind” he once praised.

I hope the recognition of these works will give courage to the scholars who produced them, and also to those in this room and beyond who are currently in the difficult, lonely stages of a project. In 2003-4, I won the Donner Prize for my book Fire and Ice—and a funny thing happened after that overnight success 33 years in the making. As I traveled around giving talks on the material in the book, I gradually got over the terror of public speaking that had afflicted me since I ran for student council in high school. I am half-joking—but only half. I am serious when I say that recognition matters. It’s not easy to expose yourself and your work to criticism and scrutiny. It’s not easy to ask other people to see meaning and importance in the things that you find meaningful and important. When a panel or jury says you’ve produced something of value, it’s a powerful affirmation.

In addition to being satisfying to the people recognized tonight, this prize should also be satisfying to Canadians. The Canada Prize highlights the benefits that flow from the investment bodies like Social Sciences and Humanities Research Council (SSHRC)—and therefore the public—make in scholarly publishing.

Scholarly work in the social sciences and humanities helps to tell us the story of Canada. Canada is more than the moose, mountains and Mounties featured in the superficial images we sell to tourists and to ourselves. Canada is the diverse peoples who have been coming to this place for many centuries and, very often, finding ways of accommodating each other and living together peaceably. Scholars tell us about these people—about the threads in their histories and the nuances in their relationships. They dig into the data and overturn myths and false assumptions, including that the Canadian narrative is indistinguishable from that of our neighbour to the south—proving that Canadians don’t just mine for minerals, but also for insights. Scholars inject historical context when our contemporary debates develop cases of amnesia. Scholarly work helps us to understand the institutions that guide our civilization. It unpacks the intended and unintended consequences of our laws.

It’s true that scholarly publishing does not always have as direct an influence on the general public as do other forms of publishing. It’s hard to beat Gladwell, let alone Grisham. But scholarly publishing is part of an economy of ideas that does indeed shape our discourse. I believe that Canadian scholars—the old giants like Innis, Frye, and McLuhan and, in our own time, people like my co-jurors and the scholars being recognized today—have helped to build a Canadian conversation that is not based on loudly shouted, strongly held opinion but rather on facts, analysis, reflection and theories grounded in empirical evidence.

In my own way, in my work at Environics, and at the more recently founded Environics Institute, I have tried to contribute to this conversation by giving voice to ordinary Canadians—asking them what they see when they look at their society and the world outside Canada’s borders.

I realize I am being a little un-Canadian in talking about myself. But I do feel personally connected to and invested in many of the objectives of the Canada Prize. I can’t imagine my life without reading—including reading the work of Canadian scholars. I can’t imagine my life without time spent at a thriving university. I remember my journey to Queen’s and the University of Toronto as a kind of migration—from Alice Munro country (I was born and raised in Walkerton, Ontario) to a magical community where the most powerful people were nerds, not schoolyard bullies. And I can’t imagine my life having taken place anywhere but Canada. So I am grateful to tonight’s scholars for writing, for introducing young people to the world of ideas, and for eloquently telling Canadians more about themselves, their histories, their artistic heritage and their institutions.

I’m pleased to be here to honour those scholars who have been judged best in class in the fields of the humanities and social sciences. They have done outstanding research, written in an engaging style, and have enriched the social, cultural, and intellectual life of our country. They have given us all a gift—please join me in thanking them. 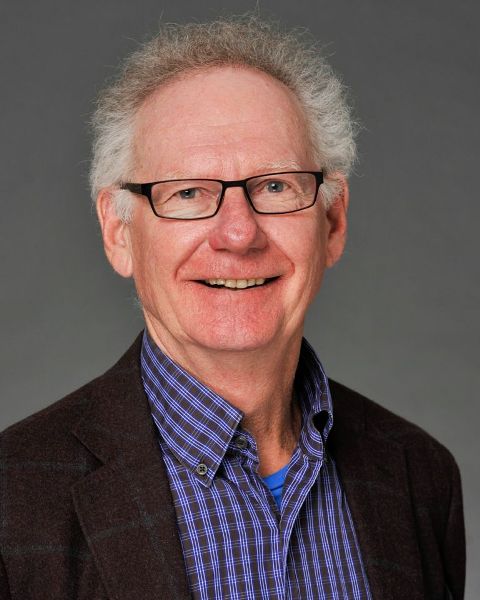 Michael Adams is President of the non-profit Environics Institute for Survey Research and the Environics group of research and communications consulting companies. He is the author of six books, including Sex in the Snow: Canadian Social Values at the End of the Millennium (1997) and Fire and Ice: The United States, Canada and the Myth of Converging Values (2003), which won the Donner Prize and was selected by the Literary Review of Canada as one of the 100 most important Canadian books. He is the recipient of an honorary Doctor of Letters from Ryerson University in Toronto.